Has anybody been able to make one of these? 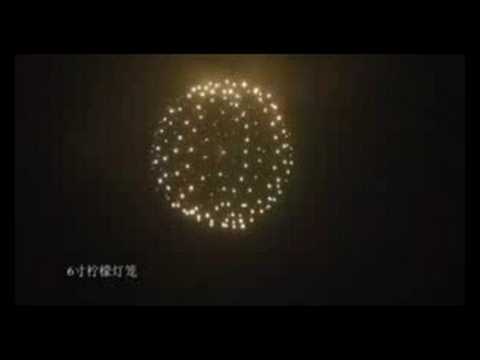 Ghost Shells are currently not a feature of FWsim. You probably already know that, this is just a quick info for anyone else reading along.

That being said, somebody might have managed to build something that looks similar by combining many different stars with different timing.

Proper Ghost Shells are on the wishlist for future updates!

yes it is possible with the custom pattern, rotation and brightness of stars

As well as set pieces!

Yes, they do it, but nowadays it is very time consuming and tedious. In practice, you need to set parameters for each element of the sphere.

https://youtu.be/7qUqE8LXSag - Check the shell at 4:57. I did this doing exactly as the previous post said; I litterally have a custom shape for each individual star. I used a combination of colour fade and having different burn times for “groups” of stars. I’d help myself organise it by selecting different colours of the stars for each group (changing colour on custom shapes doesn’t actually change the colours of the stars instead it just changes the label). So in other words, I had the first group of stars that fade to pink and dissappear labeled red, the second group labeled light red and so forth. Each group of stars were identical which is how I had it look like rows of stars are fading to pink and then disappearing (or rings of stars).

It was incredibly time consuming (around 5-6 hours) and I saved it thinking I can just revisit the shell and use this as a template. Sad part is the comp that had it saved broke and now all that data had been lost due to a corrupted hardrive that I dropped when rebuilding a new comp. It was a bad day that day lol.

The hardest part was actually figuring out how to make a proper sphere shape using custom shapes. It involved mapping out semi circles in the paint editor with grid enabled which I would screenshot and print out as a reference. I’d then create the semi circles by painting individual pixels forming the semi-circles by counting the pixels on the sheet from one pixel to the next and of course rotating each star to form rings (if that makes sense). What you see in paint editor is like what you’ll see in 2 dimensions the rotation function is the 3rd dimension to make 3d shapes from 2d flat plains.

Other than that, the process is actually relatively easy (especially for a simple ghost fade as you see here). It’s just time consuming and making sure it’s as organised as much as it can be as you can start to easily get lost with so many stars.

Another issue is that each star gives the same brightness value as a sphere shape of a number of stars. So when you have 100’s of different custom shapes the floor just changes into the solid colour that the stars are since it behaves as though 100’s of spheres have been set off in 1 firework. Looks completely silly. This is why I hide the floor with the camera view.

When I use Ghost shells at the moment I use the ones provided by the Simulation Fireworks Association which can be tweaked before being downloaded. Here’s some examples.


In the latter example you can also edit the direction of the star appearance.

Hope it helps!
Note: this uses part of the same principle as @Venomsoar’s system so the floor will look of a solid colour once the shells explode.